The Lights of the Grand Budapest Hotel and Oscar Night

Lighting and Delighting in Your Bathroom 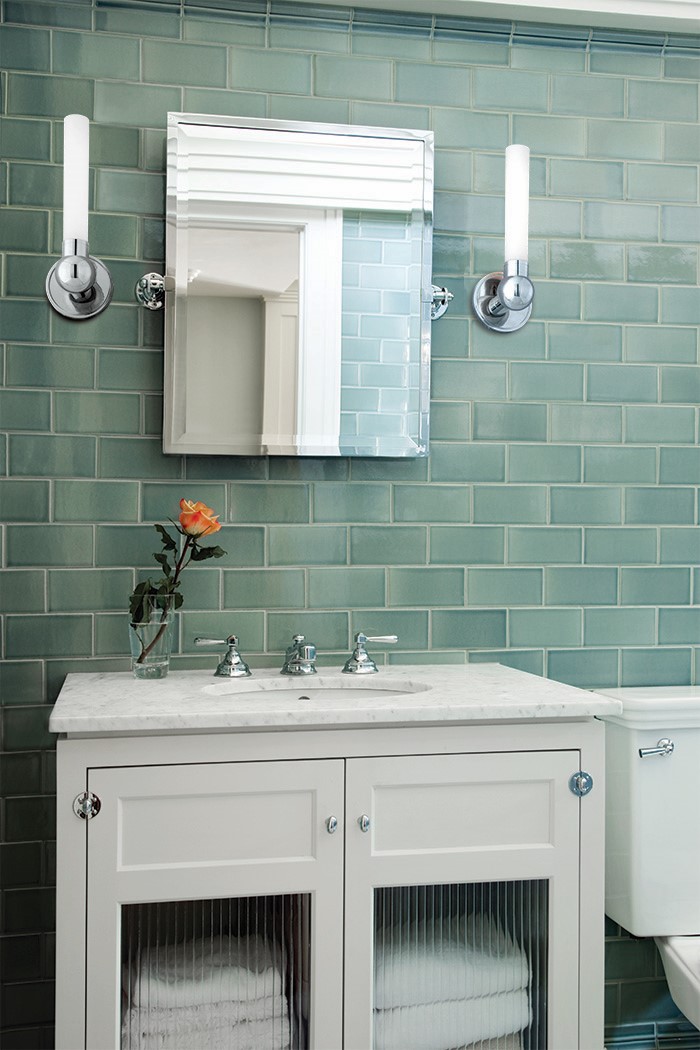 Lighting and Delighting in Your Bathroom

February is hard, isn’t it? Snowstorms and sicknesses without end. Even the blue-skied days so cold it’s hard to appreciate them. Winter’s charms have worn off on most by this point, and yet no hope of spring can be encouraged. What’s a girl to do?

Here at Hudson Valley Lighting, we asked ourselves, 'what helps sustain us through this shortest and cruellest (sorry, Eliot) of months?' Some of the things that occurred to us—watching movies, playing games on the long nights, embracing the brutal feeling of the month head on—we will be writing about in the near future. But the first thing that came to mind is the sensuous world of one’s own bathroom and the luxurious act of taking a bath. Dim the lights or turn them off all the way and light some fine candles, grab a favorite wine or whiskey, maybe put on some relaxing music, then throw a Lush bath bomb in there or slip some Jo Malone bath oil in the tub as it fills, and let it all come down. The scents enrapturing your sense of smell, the warmth of the water easing away the cold, the rejuvenating oils and lotions moisturizing dried skin—what’s not to love?

“Really serious bathing—languorous bathing—starts with Rome. Nobody has ever bathed with as much devotion and precision as the Romans did.” At least, that's what Bill Bryson says in his history of domesticity, At Home. He continues, "To Romans the baths were more than just a place to get clean. They were a daily refuge, a pastime, a way of life. Roman baths had libraries, shops, exercise rooms, barbers, beauticians, tennis courts, snack bars, and brothels.” However, from the decline of the Roman Empire up until the late 19th-early 20th century, bathing was abandoned and often reviled. It was a matter of morality to most not to bathe, with many people never being entirely wet for years at a time. As late as the 1950s, many homes in France and Britain did not have complete bathrooms. Such a luxury were they, that they were the province of hotels. Hotel Vernon in Cape May, NJ, was the first to have a private bathroom for every suite. This was in 1853 (considered a wonder of the civilized world when it opened, it burned down just three years later). Bryson reveals throughout his chapter on bathrooms just how recent they are to human existence, as well as all the practical matters—disease control, for example—that lead to their creation and ubiquity.

Given that they were seen as an indulgence in the first place, perhaps it is not surprising that the interior design aspect of them that thrills us was the last thing on people's mind when they eventually incorporated a room with both hot and cold running water, a sink, a toilet, and a bathtub or shower into their home.

"Bathrooms were not at first decorated any more than you would decorate a boiler room, so they tended to be starkly utilitarian," Bryson informs us. "In existing houses, baths had to be fit in wherever they could." For a long time, bathtubs were neither practical nor affordable; the common bathtub was the result of a long period of trial & error.

Once a luxury, then a necessity, bathing is now a luxurious necessity, and how many things can you say that about?

Luxury applies to the senses but also to the intangible—what is a greater luxury than time? As bathing moved from a public to a private event, it provided for a wonderful opportunity: the creation of rituals. The private bathroom presents an opportunity to make the palace, the cove, or the hideaway of our dreams: a place to recharge and reinvest in ourselves, taking time to see ourselves and treat ourselves.

Your bathroom is your sanctuary.

With that in mind, there is a lot of advice out there about lighting your bathroom. Some of it, well-intended as it may be, is more specific and exacting than necessary. What's important to remember amidst the internet's usual surfeit of advice is that it is your bathroom. This article at Porch goes in-depth about considering make-up application in lighting bath and vanity, while this one from This Old House is more generalized. We thought we would offer a few quick pointers about sconce placement while we're on the subject.

For side mounted sconces:

Bathrooms have unique lighting needs. From soothing in the dark of the early-morning shower or the before-bed bath to direct and bright for grooming tasks, they need to cover a range of moods and purposes. Accent light is the biggest choice, with sconces mounted to either side, above, or directly onto the mirror being the common route. The style sconce you choose carries a lot of your bathroom's personality. Ambient lighting offers an exciting choice. Depending on the size and style of your bathroom, a pendant light or chandelier can make the bathroom feel palatial. It also can be the definitive statement on how the bathroom is to be perceived. We love how the people below integrated our Glendale pendant (discussed last post) into this smaller-sized bathroom.

Check out our spa-like bathrooms Pinterest board and get inspired! Feel free to avail yourself to our free Lighting Essentials Guide for more useful information on lighting your home. Drop us a line below and let us know what makes your bath a luxurious experience or what helps you get through February.

Some Lamp Looks to Love

Looks That Will Have You Lit Up

A grand tour inside a Mediterranean inspired dream home

A Splash of Art Deco

Each room presents its special lighting needs and challenges. The posts in this series individually take an in-depth look at a room in the home and offer inspiration and advice for lighting it well.

Get in your car and come along with us on an epic trip. In these posts, we take a look at cities and places throughout the United States. We admire the lighting and design and give shout-outs where props are due.

Get to know us in these one-on-one profiles of the folks who make things happen here.

Simply put, we churn out a lot of product. It can be a little overwhelming. The Here and Now series focuses on four families at a time from new releases as they come out.

Learn more about lighting a variety of spaces and occasions, as well as about the design schools and historical epochs that inform our fixtures.

Your session is about to expire. Click below to extend your session.
You will be logged out in: seconds.