The Luxury of Doing Just One Thing

How Does Your Garden Grow?

The Pursuit of Lost Eden

Over the past decade, we’ve seen a cultural value shift toward a prizing of that which is hand-crafted, a return to trades where people can apprentice themselves to learn how to make something of beauty and utility with their hands and a few tools.

So, it should come as no surprise that cut glass is the latest in a series of bygone fashions to enjoy a comeback.

Cut glass adds both a touch of old-fashioned charm and a refreshing splash of texture to diversify a room. While today we can enjoy it for its intrinsic aesthetic worth, cut glass used to function as an indicator of status and play intricate roles in social mores.

So, Um, What Exactly is Cut Glass?

During the late 19th century, cut glass became a signifier of social standing and economic status, with several companies specializing in highly sought collectible items. This epoch—called the “American Brilliant,” or more simply, just “Brilliant,” period—was the peak of popularity for this style of glass. It came to its end in the 1920s, perhaps due to the demands and economic shocks of the First World War. At its height, cut glass came in elegant sets, such as decanters and tumblers, matching candlesticks, and serving berry bowls with matching smaller ones.

What is American Brilliant Period  (ABP) cut glass and how was it made? Christopher and Marie Kierkus defined it so well, we’ll just quote them in full:

“Generally speaking, it is fine quality, hand-cut crystal produced between 1880 and 1925.  Its exceptional ‘brilliance’ results from the high lead content of the glass (up to 50%, versus 24% for modern crystal) which gives it a high refractive index.  In other words, ABP pieces behave like prisms or gemstones: they bend and scatter light into the different colors of the rainbow.  To make a piece of ABP glass, an artisan would take a ‘blank’ (or uncut piece of glass) and press it against a series of spinning wheels.  This would cut the desired pattern into the surface of the glass.  When finished, he or she would polish the design (cutting gave glass a milky, white appearance; polishing restored its clarity and sparkle). ABP pieces were originally designed and manufactured for the upper classes of Victorian society.   They were more expensive than most ‘common people’ could afford.  A large, highly detailed piece might retail for two to three times the weekly salary of the artisan who made it!”

Collectors of cut glass are a serious and dedicated group. There is much to be known about the phenomenon. Annual journals are published, making note of all recent acquisitions by various museums. Patterns are presented and compared to the execution in the specimen pictured. There are, indeed, books on the subject. The field has its own specialized lexicon, with esoteric terms like “vesicas” and “ovate stalks” and “Middlesex hobstar.”

For our present purposes, we're taking a quick look at the historical phenomenon, as well as how and why it's making a comeback.

A few factors contributed to the sudden advent of American Brilliant cut crystal. Deposits of a high-grade silica were discovered in the United States; new methods using this silica resulted in superior glass. At the same time, natural gas replaced coal-fueled fires. The up-shot was glass artisans could control what they were doing better.

In America’s early days, everything we made was automatically assumed to be of inferior value to European work in the same category. This prejudice was hard to overcome. It held true across the board, from literature to glass. But when a Centennial Exposition was staged in Philadelphia in 1876—a sort of grand celebration for the country’s hundredth birthday—cut-glass tableware, perfume bottles, and lamps were on display, where a huge turnout enabled by the expansion of the railway system had occasion to marvel at their beauty and craftsmanship.

13 years later, at the 1889 Paris Exposition, Corning, New York’s T. G. Hawkes Company took a Grand Prize for the quality of their entire exhibit, which included the patented Grecia pattern. The next year, he patented the Chrysanthemum pattern, which abstracts a flower into cut glass, which has become one of the most popular patterns amongst collectors. (This is in part due to a bit of apocrypha about it taking a grand prize itself at the previous year’s Paris Exhibition.)

While cut glass is a uniquely American art, it has significant ties to Ireland. Waterford Crystal, a brand that thrived in a time before brands were a major part of life and which endures to this day, hails from Waterford Ireland. The Penrose brothers opened the first glass-making factory in Waterford in 1783; it closed in 1853. Thomas Gibbons Hawkes emigrated to Brooklyn from Ireland ten years after,  in 1863. This was his seventeenth year, and he immediately set to work with Brooklyn-based glass-cutting company Hoare & Dailey. By 1870, the glass-cutting Irish immigrant was in Corning, NY, overseeing Hoare & Dailey’s facility there. A decade later he amicably left Hoare & Dailey and opened his own T. G. Hawkes & Co. glass-cutting factory in Corning, NY, employing over 400 people and presaging the drift of Brooklyn artisans to upstate New York that we see happening today in the Hudson Valley.

With several fine glass makers and cutters in Corning, NY, it became a locus of the thriving American art of glass-cutting, which thrived across the country. Especially after Hawkes won international renown at that 1889 Paris Expo. His son, Samuel, carried on the family business until its eventual demise.

Hawkes and Co, while pioneersmen in a sense, were but one of many that defined this period in American Industry. Dorflinger, Egginton, Hoare, Jewel, Libbey, Meriden, Sinclaire, and Tuthill are a few of the other top American Brilliant cut-glass producers.

In the end, the air of affluence and essence of excellence that gave American Brilliant cut glass its edge and made it a tremendous success caused its demise. Cut glass from America’s Brilliant period was too expensive, both to make and to buy. This was a hand-done profession. Due to the costs inherent in making it, it was set at a high-price point. It was for the affluent, both to enjoy its intrinsic worth and also to announce their affluence. In his book Capital in the 21st Century, Thomas Piketty notes on numerous occasions that the World Wars had buffeting effects on the economy. One can see this playing out in the collapse of the great American glass house.

Today, Corning has a Museum of Glass; its curators showcase a range of work running from historical-practical to contemporary-aesthetic. Everything from the glass in microscopes and the development of Pyrex to abstract, current art made in the medium of glass is covered at this interesting space.

Once perhaps seen as a bit of grandmotherish fussiness, cut glass has earned its place in eclectic modern furnishings.

What about cut glass is causing it to enjoy a resurgence? Two things spring to mind.

Firstly, cut glass is a demanding art which requires precision, meticulousness, and skill. Fine cut glass must be made by hand. Like we said in the beginning, we're culturally going through a period of appreciating craftsmanship and people making things with their hands.

Secondly, cut glass is a great way to add textural diversity to a room, which we covered here.

This Polyvore board we threw together shows how contemporary cut glass can be added to a space that feels contemporary and balances masculine and feminine elements. While we’re not claiming to offer anything as complicated and ornate as the Chrysanthemum pattern, we’ve introduced cut glass and crystal into our collection. Our skilled artisans specialize in various glass techniques. Sometimes, their unique capabilities guide our design, such as in the case of our Dartmouth:

You’ll find nary a hobstar on our pieces. But fixtures like Marlow, Dexter, Anson, Hampton, Pierce, and Dartmouth have cutting and patterns on their glass, which, when taken in with the rest of a room, contributes to a certain mood. Lighting fixtures are a particularly apt place for cut crystal due to the way it refracts light. As a bulb shines through patterned, textured glass or crystal, a gentle play of shadow and light creates a mysterious and alluring ambience.

Is there an element of craftsmanship to our pieces? Absolutely. But in these process-obsessed times, we think it may be worthwhile to focus on just the end-result in itself—the intrinsic value, beauty, and worth of simple yet attractive patterns inscribed on glass and the play of light issuing forth from behind it. 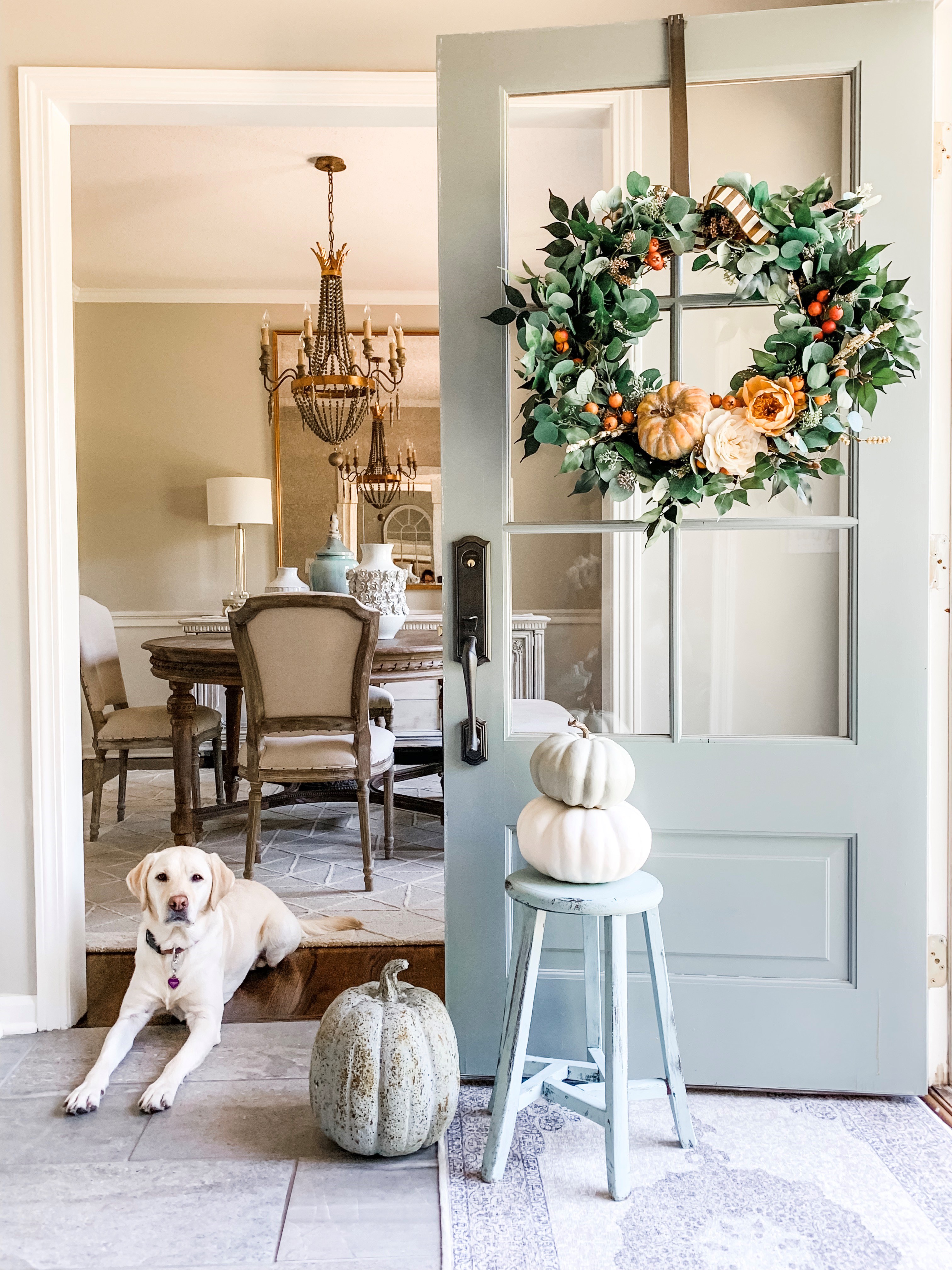 Sophisticated Autumnal Decor With a Hint of Halloween 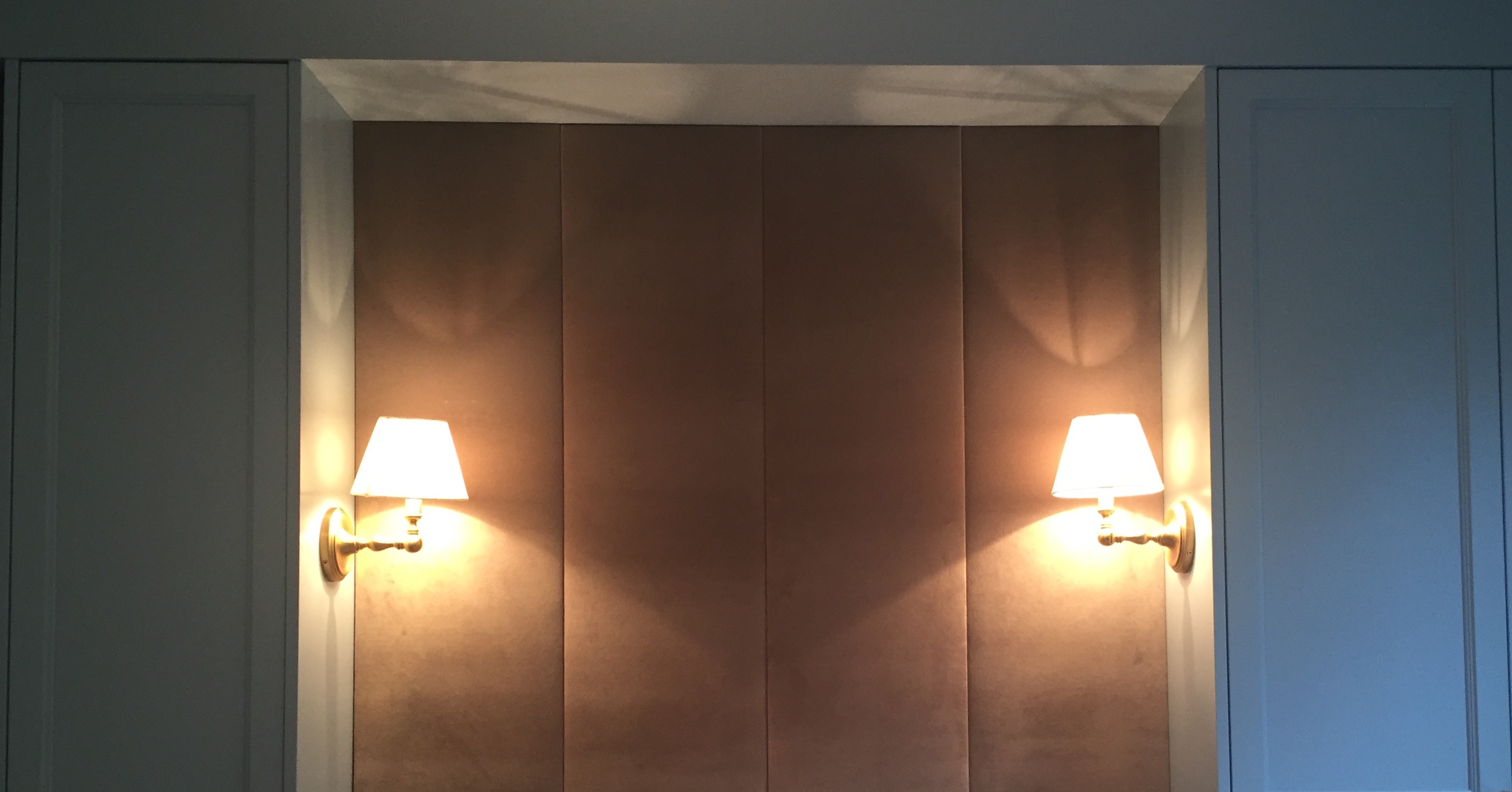 As we continue to bring new materials into our designs, it seemed like a good idea to create a place where we could talk about them. Learn about their history and usage, as well as the process by which they're excavated, processed, or otherwise made.

Learn the stories behind the lights. Each post takes a close look at the design and materials of a particular fixture, as well as the cultural context or historical background from which a given piece emerges. This way, when you get a compliment on one of our lights, you can tell the guest a little more about where it came from.

See what's happening and get the inside scoop of the various events and collaborations we engage in throughout the year.

Explore fun trends as they emerge and get inspiration for how different colors may transform a space.

Close-up profiles on interior designers who've used our fixtures and the projects in which they've featured them.